According to the latest news published on the Economic Times website- a consortium of Indian state-owned oil firms, including ONGC and Indian Oil, are in preliminary talks with Rosneft for a stake in Russia’s massive Vostok project. The consortium is likely to include more Indian state firms, but it will be some time before a final deal is struck.

Commenting on the news, Mr. Tribhuvan Darbari, Managing Director & CEO Texmaco Defence Systems, Chief Executive (Corporate Business) Texmaco Rail & Engineering, and Board Director Simon India Ltd., said that the India-Russia energy partnership is crucial to bring stability to the global energy market. Mr. Tribhuvan Darbari further said that in order to boost comprehensive ties and bring them to a new level corresponding to the changing global economic environment Russia and India are looking for innovative approaches in the energy sector.
Mr. Tribhuvan Darbari also added that both countries need to pursue the operationalization of the Green Corridor with greater vigor. India and Russia have been trying to put in place a ‘Green Corridor’ between the two countries for the smooth facilitation of goods to enhance bilateral trade for a long time.

OVL, the overseas arm of state-owned Oil and Natural Gas Corp (ONGC), is evaluating buying a minority stake in the Vostok Oil project, which contains combined estimated resources of over 6 billion tonnes or around 44 billion barrels, of premium crude.

It alongside Petronet LNG Ltd is negotiating to buy a 9.9 per cent stake from Novatek. “A number of new potential investments were discussed Vostok Oil, Artic LNG-2 (and) petrochemicals,” Puri, who was in Russia to attend the Eastern Economic Forum in Vladivostok, told reporters in Moscow before departing back to New Delhi.
Posting a short clip of the press interaction on his Twitter account, he said these investments will lead to further strengthening and deepening of relations between Russia and India. “During my interaction with members of the fourth estate in Moscow, I briefed them about my fruitful & productive visit to Russia, a vital partner for our energy security,” he said in a Twitter post.

He said the business delegation he led had a large number of meeting with all the major economic & energy sector players.

“We see prospects for energy cooperation in all areas,” Shulginov said at the Russian-Indian business dialogue.

According to Puri, Indian oil companies have already invested about USD 16 billion in the Russian oil and gas sector including in projects such as Sakhalin-1, Vankor and Taas-Yuryakh, and Russia invested the same amount in India.

During his 5-day visit, the minister also met with Rosneft CEO Igor Sechin who made a presentation on the Vostok Oil megaproject, which links some of Rosneft’s vast resources with the Northern Sea Route.

He also met Novatek Chief Executive Officer Leonid Mikhelson during the visit. Rosneft said that oil production at the cluster may reach 115 million tonnes, or around 2.3 million barrels per day, by 2033. Novatek, Russia’s largest producer of LNG, owns 60 per cent in the USD 11-billion Arctic project.

France’s TotalEnergies and a Japanese consortium have a 10 per cent stake each in the project. China’s CNPC and Cnooc Ltd also have 10 per cent each. The partners expect to start the first train in 2023, with the Arctic LNG 2 plant reaching its full nameplate capacity of 19.8 million tonnes in 2025.

“We held very productive discussions on further strengthening our strategic partnership with Russia in the energy sector,” Puri said on Twitter on his meeting with Rosneft head Igor Sechin.

The Vostok Oil in the far northern Taymyr Peninsula is one of the most prospective oil production projects in the world. It includes 52 license areas with a resource base of more than 6 billion tons of oil. 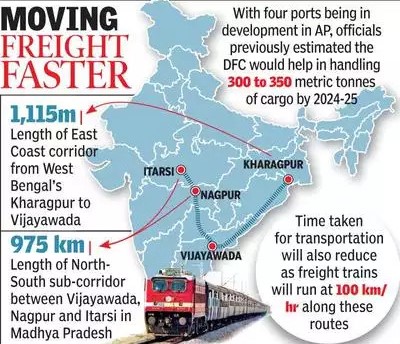 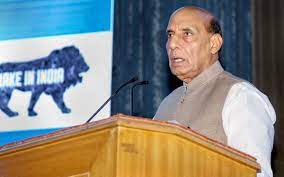 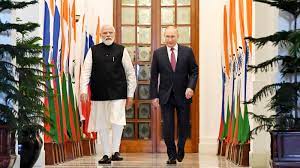